It’s been four months since our first post and the news of our excavation experience continues to spread through the efforts of Popular Archaeology as well as other online archaeological communities.

On November 30, popular-archaeology.com published an article summarizing our post “Exposing the First Temple Period.” The article highlighted Dr. Mazar’s excitement over reaching first temple period floors that have yielded an abundance of 10th century BCE pottery, as well as exposing walls that reveal the use of a very large structure. The article said, “Like the other structures within the vicinity, a building of possible monumental proportions may be emerging. … Mazar and others suggest [these] may be the remains of structures attributed to builders during the period of King Solomon in the 10th century BCE.”

The periodical also explained part of the success of the excavation so far: “The new finds are consistent with the spectacular finds already uncovered in previous excavation seasons in this, the “Ophel” area of old Jerusalem, just below and south of the current Temple Mount ….”

In addition, HolyLandPhotos’ Blog also promoted the same video post along with another video post, “Restoring Byzantine Pottery.” They spotlighted Dr. Mazar’s quote about the accumulation of pottery found from the first temple period being perhaps the largest assemblage in Jerusalem so far. Another site, bibleplaces.com, mentioned our post “The 10th Century B.C.E. Scarab” in their “Weekend Roundup.”

With a few weeks of digging left, we’ll look forward to sharing more finds with the archaeological community and our interested audience. 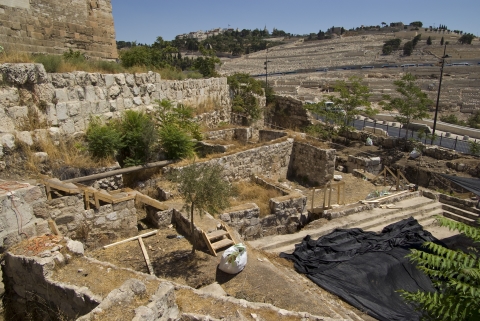 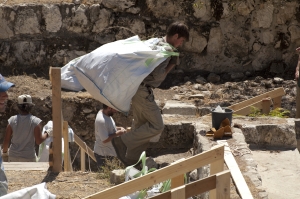 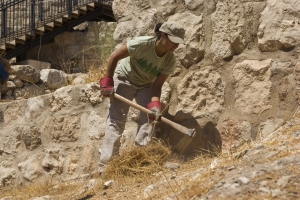